Home / Press / We Need to Double Down We Lost One Battle, but the War Is Still Raging

Folks, we’re irate as I’m sure you are also. The state accepted $22.5 million in federal dollars on Friday to promote COVID-19 vaccine propaganda, inject our children with an experimental jab, and expand the state’s immunization registry—and they did so in a back-handed manner. They also handed over state sovereignty to the federal Health and Human Services Department, something we will need to watch closely considering that Gov. Sununu and the Attorney General have both said this is not something we should be concerned about. I guess—at this point—we’ll have to wait and see. We need to remember this moment come primary time.

You all know that the Executive Council brought up the matter without putting the item on their agenda, and reversed their previous decision to reject the funds. Read our article about what happened. On Friday, the N.H. Fiscal Committee took up the contracts and voted 6-4 to approve them.

Rep. Jess Edwards, Rep. Keith Erf, Sen. Gary Daniels and Sen. Bob Guida were the four heroes on the committee who voted against the contracts and against Gov. Sununu’s strong-arm tactics to ram these federal propaganda dollars through against the people’s will. We owe them a debt of gratitude for standing strong on principle.

On the contrary, Sen. President Chuck Morse of Salem, Rep. Karen Umberger of Kearsarge, Rep. Tracy Emerick of Hampton, Sen. Cindy Rosenwald of Nashua, Sen. Lou D’Allesandro of Manchester, and Rep. Peter Leishman of Peterborough voted in favor of these contracts. We’re particularly disappointed in Sen. Morse, Rep. Umberger, and Rep. Emerick for voting along with President Biden and advancing this program in New Hampshire. These are the people we need to remember come election time, and start working on finding their primary challengers today. 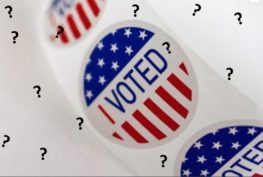 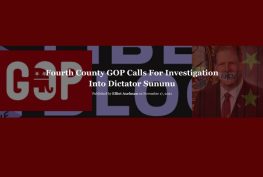